V belts are ideal for lightweight or fractional horsepower use. They also function with high horsepower, shock loads and high-tension drives for rough applications. The flexibility of a V belt lends itself to being used on a majority of belt drives and conveyor systems. Read More…

V Belts V belts are a type of belt than run in a pulley with a V-shaped grooved. Typically endless, V belts contain a trapezoidal cross section. Compared with flat belts, V belts transmit higher torque at lower levels of tension and width. V belts are one type of conveyor belting that fits various applications.

At Great Lakes Belting (GLB), you will find the most cost-effective, high quality thermoplastic belting products in the market. From PVC, PU, PE, Hytrel® & Silicone, we can construct almost anything you can imagine. GLB offers conveyor, process & transmission belting, conveyors of all types, V-belts, all types of timing belts and a whole lot more. We are ISO 9001:2008 certified. Call today!

Custom conveyor belting is fabricated by Beltservice Corporation and available through our distributors or OEMs. From this conveyor belt manufacturer, you will find agricultural, cleated, elevator, food handling, heat-resistant, heavy-duty and light-duty, incline, package-handling belting and more. 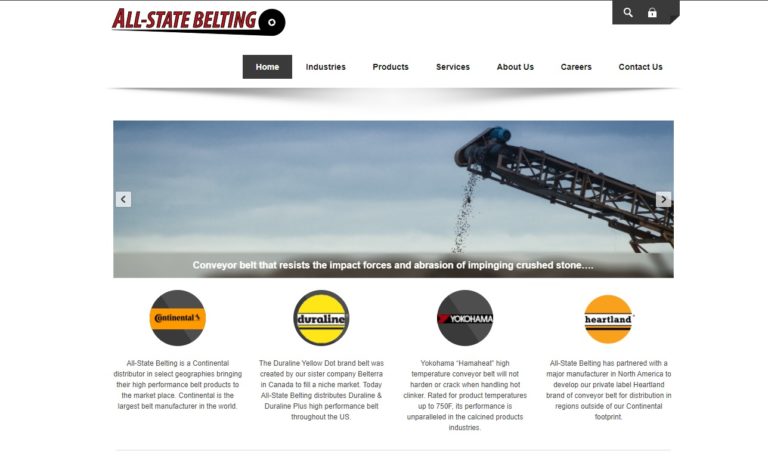 Belt Power LLC is a full-service fabricator and distributor of conveyor systems. Our services include general installation, conveyor maintenance, and training of plant personnel, and we provide Products such as plastic modular belting, lightweight plied belting, and more. A Visit our website or call Belt Power today for further information. Count on Belt Power to be your complete conveyor component specialist! 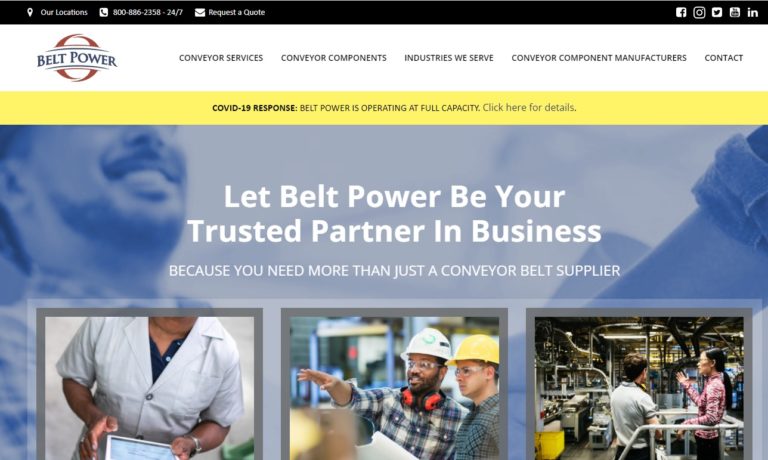 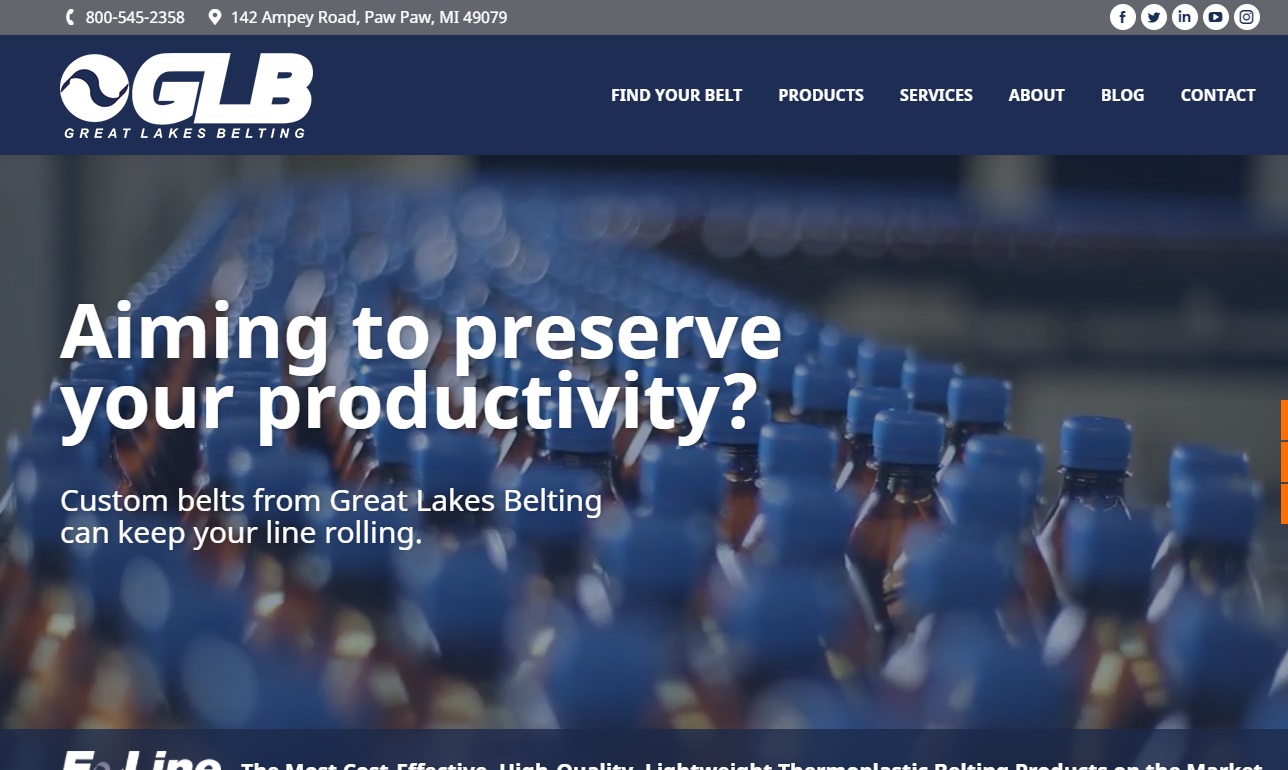 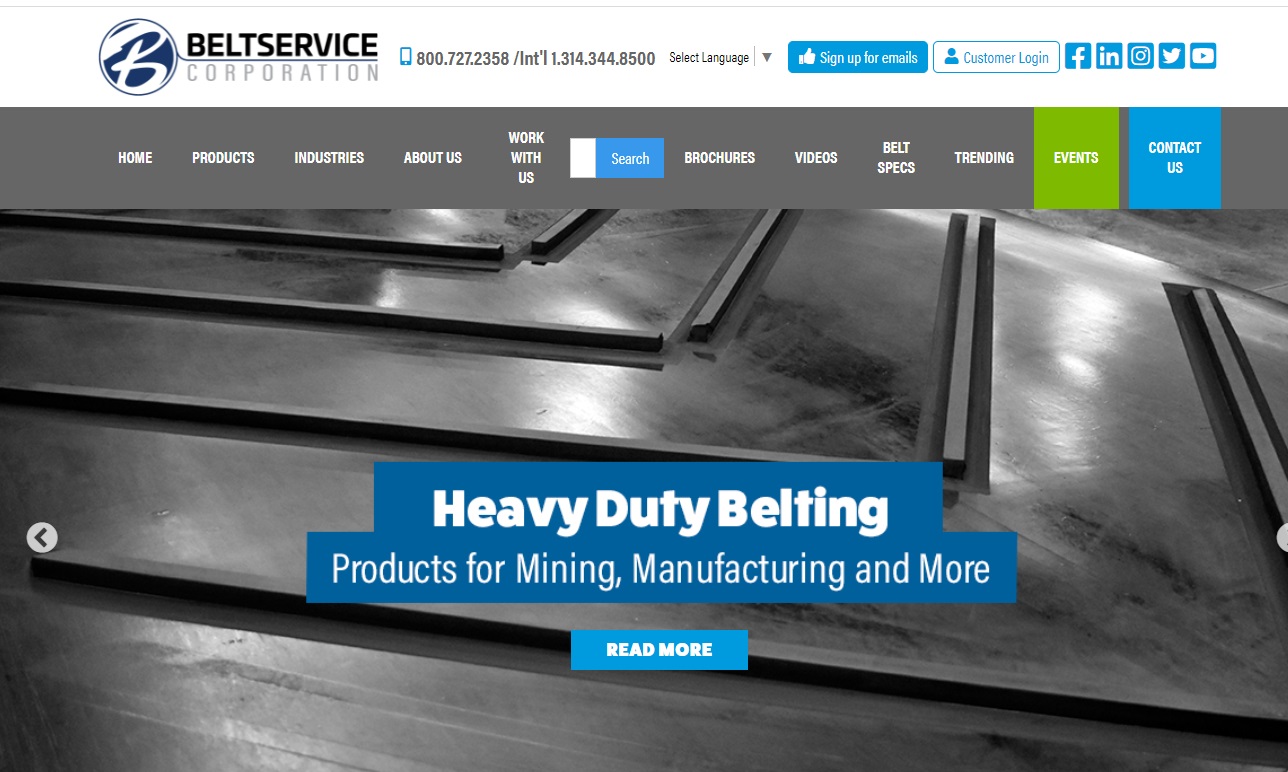 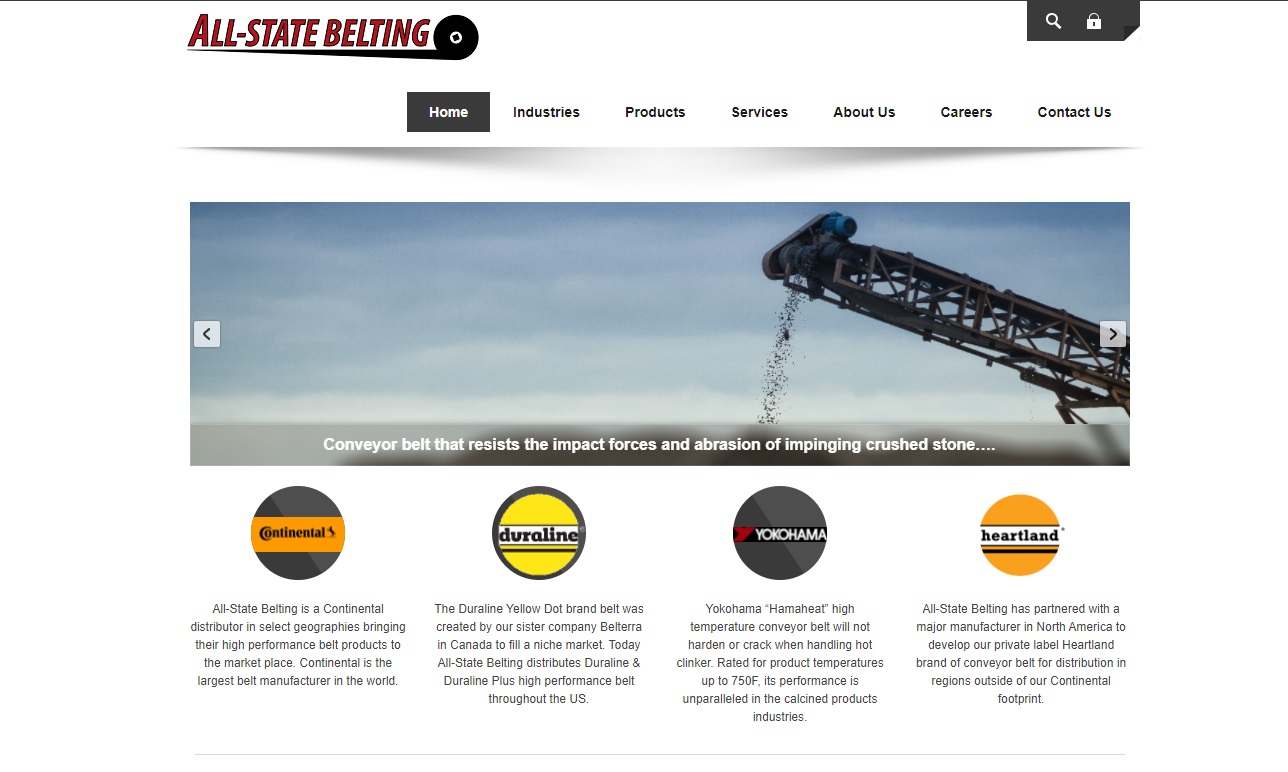 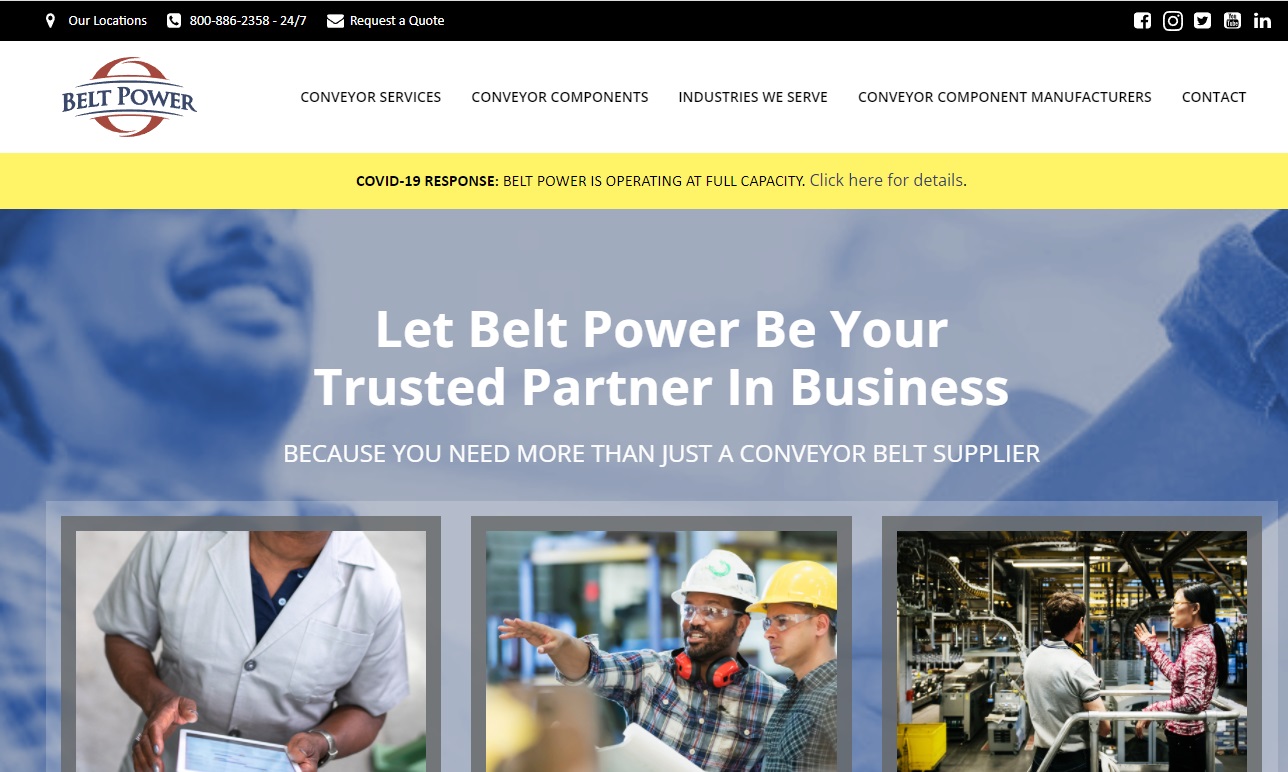 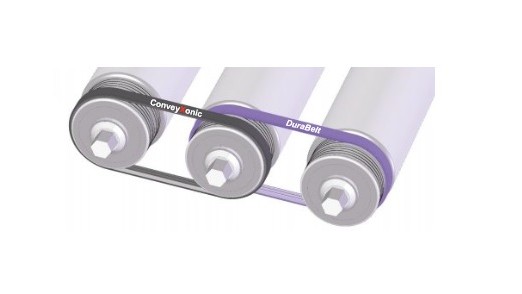 V belts are very commonly applied as power transmission belts; they can be used in industrial process equipment as well as components in internal combustion engines. Industrial V belts lend themselves to the efficient and safe operation of all kinds of industrial process equipment. They can be applied in agricultural equipment, mining equipment, in generators and in many other contexts. In combustion engines, V belts are often applied as timing belts, which are used to regulate the operation of an engine. V belts can also be used as conveyor belts, though they are more commonly employed as power transmission tools. 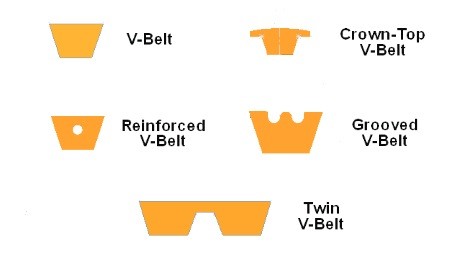 V belts are valuable tools in a large number of contexts. They can be designed to a wide variety of specifications. V belts can be single or double sided, open ended, endless and cogged or uncogged. They can also feature anti-static qualities, which makes them appropriate for use in the presence of hazardous or sensitive chemicals or processes.

V belts are available in several different colors, materials and styles. A V belt is measured based on its inside diameter. They take their name because of the V-shaped cross sections, which are also sometimes described as trapezoidal or triangular in shape. That special cross section gives the belting anti-slip properties, which makes it an excellent choice for use in engines.

Because belt failure in an engine can have catastrophic implications for other engine equipment, a reliable, non-slip belting solution is very valuable. V belts can be manufactured from a wide variety of materials. A few of these materials include neoprene, polyurethane and silicone. Carefully pairing a V belt with its application will help to ensure the long-term safe and effective operation of the belt and the equipment to which it is attached.